Asylum seekers in England, in cartograms

Ah, cartograms. Those funny squashed maps where the size of an area - a region, say, or a country - represents not the actual geography, but a variable.

That could be total population. Or number of millionaires. Or average house prices. Or death rates from cancer.

It could be anything, really.

Cartograms have their drawbacks. They can be misleading, I think, by making small absolute numbers seem terrifyingly large. They can also be messy and confusing.

Done right, though, they can be a very useful way of drawing at-a-glance, intuitive comparisons between different areas.

With the plight of Syrian refugees at the top of the news agenda - and a domestic debate about whether we can 'take' any more asylum seekers - I've been having a closer look at the latest asylum statistics, which run to June this year.

The data shows how many asylum seekers are currently receiving so-called 'section 95' support from the British government. This can be in the form of money, and also in the form of accommodation.

In order to receive section 95 support, an asylum seeker must be 'destitute'. This is defined as not having 'adequate accommodation or enough money to meet living expenses for themselves and any dependents now or within the next 14 days'.

The offer of accommodation is the most controversial. Under an official dispersal programme - aimed at 'spreading the load' to places outside London - anyone wanting accommodation will more than likely find themselves hundreds of miles from the capital, and in a place that is certainly not of their choosing.

Critics have suggested some areas are pulling far more weight than others - with potentially negative consequences for all concerned.

But to what extent is it true that the dispersal has been skewed?

First, here's a geographically-accurate map of the English regions: 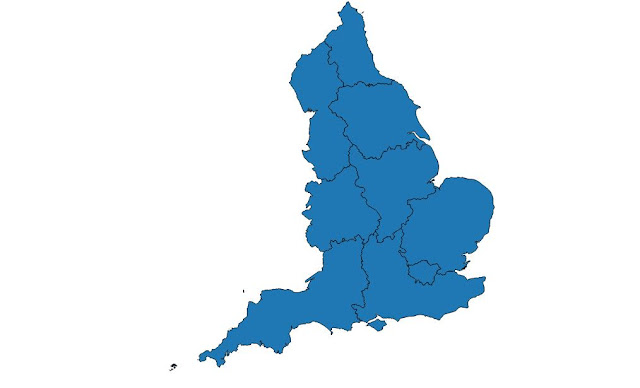 Now, here's what happens if we change the map into a cartogram where the size of each region corresponds to the total population of that region: 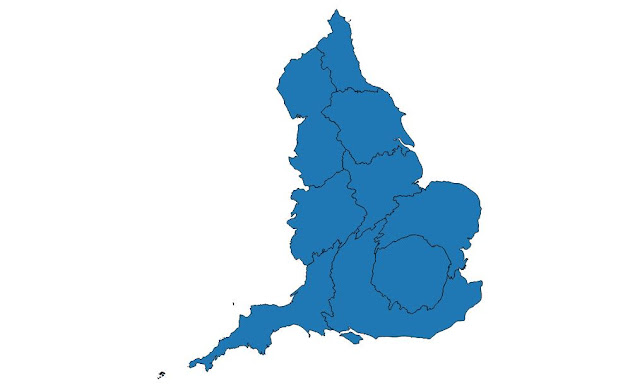 Before we start adding in data on asylum seekers, there is a very important caveat to bear in mind.

The total number of asylum seekers receiving section 95 support stands at just over 80,000 across the whole of the UK.

The total population of the UK is 64 million.

That means only one person in 800 is a supported asylum seeker.

The numbers are relatively tiny, and politicians (and others) would do well to remember that when talking about these issues.

With that in mind, here what happens if we make the size of each region correspond to the total number of supported asylum seekers in that region: 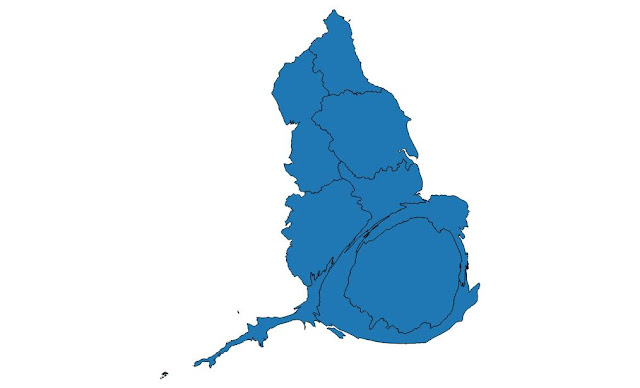 Two things stand out. Firstly, despite the dispersal programme, London is still supporting significantly more asylum seekers than any other region.

They may not be getting accommodation; but they are staying in the capital, somewhere and somehow.

Those are very small proportions indeed.

Finally, let us look at the dispersal programme.

Here is a cartogram where the size of each region represents the number of asylum seekers in section 95-supported accommodation: 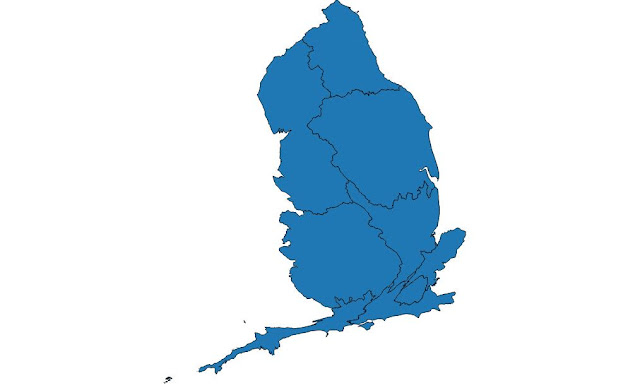 This is hugely top-heavy. Why? Because the government's 'dispersal' programme doesn't mean dispersal around the country. It means dispersal, by and large, to the west Midlands and the north.

I wouldn't invite you to draw any major conclusion from these cartograms, other than this: if someone from the south west, south east, or east of England starts telling you how 'we can't take any more asylum seekers', they probably aren't basing their opinion on data, but on something else.

You can decide for yourself what that something might be.

(These cartograms were created with the fantastic tool Scapetoad. I'd also like to thank Boston-based software developer Zia Sobhani for answering questions I had about using shapefiles. You can see some of her blogs about cartograms here and here.)