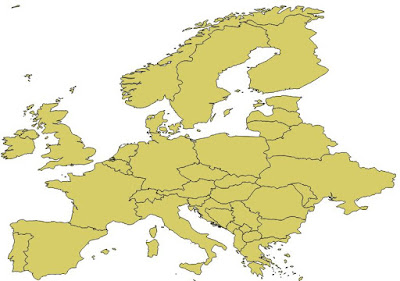 Now, here's what happens when we adjust the area of each country according to the number of asylum seekers each nation registered as arriving between April and June this year: 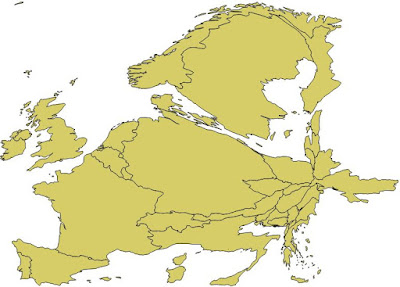 Hopefully you'll notice straight away that it isn't the UK which has swollen significantly in size. It's central Europe  - in particular Germany and Italy - and Sweden, too.

Even that, though, doesn't really give a sense of the 'burden' - if such a word is appropriate - that each country is carrying when it comes to refugees. Germany, after all, has a significantly larger population than other European nations. So I suppose you could argue that Germany can comfortably accommodate a higher number of refugees.

So here's a final cartogram. In this one, the size of each country is determined solely by the proportion of the current population who are asylum seekers: 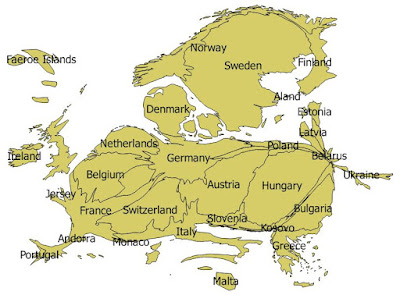 Suddenly the UK doesn't look so big. And it isn't: as a proportion of the total population, Sweden has 16 times more asylum seekers than we do. Hungary has around eight times as many. We may be a European giant in economic terms; when it comes to taking in refugees, despite all the sensationalist headlines, we are far from a major player.
Posted by David Ottewell at 14:03